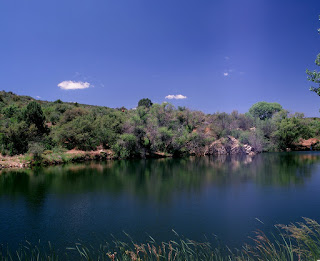 In my opinion success in photography can be gauged in basically two ways.
(1) self satisfaction where the results are satisfying to the creator of the image and
(2) Commercial success where the resultant imaged are marketable and marketed.


So how does one achieve this satisfaction of having captured and edited, what to the photographer, is a great image?

What do You See?
It is possible to look but not see. One well planned, well executed, photo is worth more than a thousand sloppy, ill thought out, snapshots.
You can be creative. Creativity is not a talent. Creativity it is a process.
First there are two mind sets, open and closed. The imagery functions of the brain are governed by the open mindset. To achieve this mindset one must relax and allow the thoughts to wander. Directed for sure. But wandering nevertheless. In this way images are allowed to enter, advance, and be recognized.
To understand creativity one must understand the function of the brain. The brain is host to multitudes of neurons. Neurons are cells that carry messages between the brain an other parts of the body. Every time there is a thought, action is take or not taken a neuron is formed. Similar neurons group together to form neuron chains. Similar neuron chains group together to form ganglion. Similar ganglion group together to for ganglionic chains. These chains respond to imagery and impulse. So over a period of time a backlog of similar responses is created. This is called a response repertory.
There is also an electrical response of varying lengths among these neurons. They are classified as brainwave levels.
They are:
Delta .5 to 3 bps(beats per second)
Theta 3 to 8 bps
Alpha 8 to 12 bps
Beta 12 to 38 bps
Gamma 38 to 42 bps.

Alpha is considered to be the open or creative mind set. This is where thoughts and images can wander freely about awaiting capture.
When at this brain wave level the creative photographer sees and records great images.
Beta is the production level where the images of alpha are put to use.

My point? Any times we look but do not see. If we are over involved in the mechanics of creating the image our imagery side of the brain may be blocked from functioning.
Therefore: slow down and take the time to reflect and see the better I image of the proposed photo


Now what to do? Decide on a goal for the shoot of the day. Then select a location where this goal can be achieved. Go to this location and look at the overall then see the specific. I still use the composition card a lot. This is a piece of cardboard with a 4” x 5” piece cut out. I hold this at arms length and look through the opening until I “see” the image I want to capture.

The reasoning behind this is if you don't know where you are headed you probably wont get there.

Popular posts from this blog 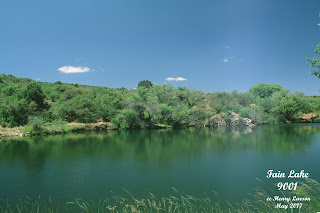 Leading Lines Leading lines can make or break an image depending on how they are or are not used.

The above is an image of Fain Lake in central Arizona. It has a few nice enough reflections but overall the image is rather blah. There is nothing to draw you to a focal point and the rather overall pastel green coloring is nothing very exciting. Why is it that some images instantly attract and some instantly repel? The answer could well be a question such as-- Is there a part of the image to which the eye is inexorably drawn? If so why? The answer most times is there are image lines creek,path, river, bridge etc. that draw they attention of the viewer toward the principal object of the image. This then becomes important in the construction of photographic images. This also emphasizes the importance of image composition which I usually label image construction. So as you look for and set up an image to capture it is my opinion that there are a series of steps that should be taken. Fir…
Read more 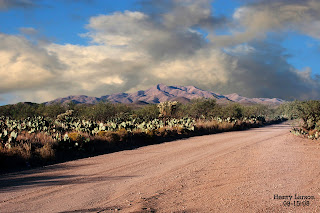 Behold the countryside. It awaits your creative vision to capture a permanent record of what you see today. For a great,as opposed to an ordinary, image the image musts have emotion. It must create feelings in the mind of the observer. So as you capture images you might ask yourself “Am I emotionally affected by what I see?” As a part of my procedure when I observe a scene I stop, set up my tripod and camera and look through the lens. Then, before exposing I move three steps to the left reset the camera ,recompose, and check out the scene. Next I do the same thing to the right of where I started. From this I gain perspective and the creative side of my brain blossoms forth to recognize my best potential. Now, having selected the scene I wish to capture, I start adding and subtracting filters. I check the effect of each filter through the lens and evaluate. Having determined the above I then have to decide, by the use of “depth of field” what parts of the image I wish …
Read more

henrycrafter
I blog on several different subjects. I am still practicing to perfect my style